Construction of Belgrade Center railway station will be completed in three years, said the Minister of Construction, Transport and Infrastructure Tomislav Momirovic, during the presentation of the project of construction of new station building and the accompanying commercial objects, held in the Serbian Railway Infrastructure company.

Minister announced that the ongoing works on Belgrade Center railway station will be finished in August 2021, and that their worth is approximately 11 million EUR. He also said that the negotiations with the World Bank are just starting, and that the second phase, related to the railway infrastructure, will cost between 25 and 30 mil EUR.

After that comes the third phase, in which the private investor will construct the corresponding railway infrastructure according to the private-public partnership model, that is, the railway station building, and will receive commercial space in return for its own needs. That way the national and city budget will not be affected, and we will receive a quality railway infrastructure – said Minister Momirovic. 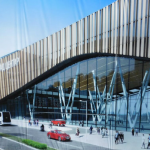 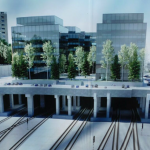