One of the numerous activities of our cluster during this fall is a recent participation on the largest fair of railway technologies in Eastern Europe, Trako 2019, held between September 24 and 27 in Gdansk, Poland.

On that occasion RCSEE was represented by Dragoljub Rajić, director and Milan Vučković, cluster coordinator.

On September 25 the meeting concerning future cooperation was held with the representatives of organization “Berlin Partner for Economy and Technologies” (Lutz Hübner), “Economic Development Agency Branderburg” (Dajana Pefestorff), railway cluster of Saxony BTS (Dirk-Ulrich Krüger and Mareike Walter), Polish railway cluster “Southern Railway Cluser” (Adam and Marek Jablonski) and several companies from Eastern Europe. On the same day, visit was made to the stand of UK railway cluster “Railalliance” and “Birmingham Center for Railway Research and Education” (BCREE), institutions that have signed Cooperation agreement with RCSEE. During the visit, hosts to our representatives were BCREE Director Alexander Burrows and Eli Rees-King.

Most important agreements on the first day were made with BTS cluster from German region of Saxony (organized visit of RCSEE and our members to Berlin and Saxony with organized b2b meetings at the end of February of beginning of March 2020) and official visit of director of UK BCREE in November 2019.

On the following day, August 26, at the Berlin Partner for Economy and Technology stand, where the joint Eurailcluster (ERCI) stand was located, a presentation of joint European ERCI  project PERES was held, which our cluster took active part in. Presentation was attended by the representatives of companies and other members of railway clusters, ERCI members. This project that enables European companies exit to markets outside Europe was presented by Mareike Walter (BTS) and Eli Rees-King (Railalliance UK).

On the same day, RCSEE representatives visited the stand of its member Infracert TSI, and spoke with several other companies and organizations, among which we highlight NRW International, a part of Enterprise Europe Network, in charge of international economic cooperation of German region North Rhine-Westphalia (NRW). During the meeting, Mr. Gregor Stolarczyk from NRW International offered our cluster to present with its members on the official NRW stand during the upcoming InnoTrans fair in Berlin (22-25 September 2020). During that presentation there is also a possibility of organizing b2b meetings for our members and company representatives from our region visiting the fair.

Dragoljub Rajić, RCSEE director, stated that the visit of fair in Gdansk was a very successful one, as this event is a great platform for further networking, while Milan Vučković stated that it is unfortunate this fair did not have any exhibitors from our region.

Flags of states from the SEE region 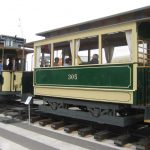 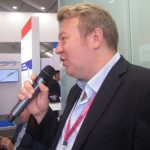