“Production and placement of innovative and intelligent product on foreign markets” was the topic of RCSEE and BSN member meeting who gathered in Novi Sad to learn about the products of a member of Railway Cluster for Southeastern Europe (RCSEE), Novatronic company, that exports more and more of its products based on modern technologies (led info display) on the EU markets.

Guests from Serbia, Croatia, Slovenia, Bulgaria and Macedonia were first greeted by the host, Novak Krstic, Director General of Novatronic company. He introduced guests with the history, products and business activities of his company.

Afterwards, Milan Vuckovic, on behalf of RCSEE and BSN, greeted all guests, mentioning that export orientation of resident SMEs in the region is of great importance, as it can guarantee further development and reduce the negative trend of leaving of expert and manufacturing workers from Serbia and the region.

Aleksandar Kravic, City secretary for roads and traffic of Novi Sad, greeted the guests on behalf of his institution, saying that this city has a reason to be proud of companies such as this, and should offer support in further development where possible.

Coordinator of Railway Cluster for Southeast Europe, Dragoljub Rajic, presented the most important upcoming Cluster activities until May 2019, among which the most important are networking of five railway clusters at InnoTrans fair in Berlin, October seminar organized by RCSEE in Slavonski Brod, large November event in Belgrade with numerous guests of five European railway clusters and second fair of transport and railway technologies in Southeastern Europe on 8th and 9th of May 2019 in Belgrade, SEE Mobility 2019. Also, Dragoljub presented the activities concerning PERES project financed by the European Commission and whose main goal is networking of European companies and their joint exit to a large non-European market, whose selection is in progress.

Guests also had an opportunity to see most important products of Novatronic, among them newest info boards for urban environments based on e-paper.

After that, all guests moved to a well-known Novi Sad restaurant on Danube, “Bata Pezo”, where they were addressed, on behalf of the City Direction for Traffic and Roads of Novi Sad, Djordje Basric, as well as Said Hosseini, president of Serbo-Iranian Chamber of Commerce.

Afterwards, all guests had an individual opportunity to present themselves and their companies and institutions in order to make networking more successful. The event next to the beautiful blue Danube was again accompanied by tamburitza band from Novi Sad. 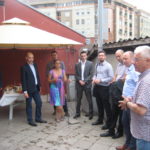 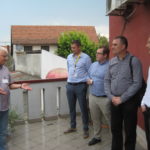 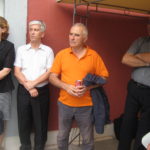 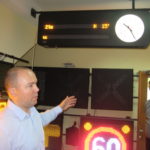 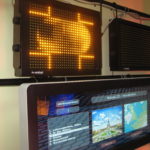 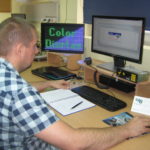 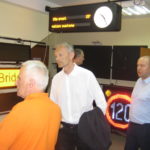 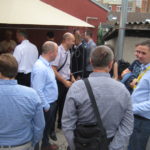 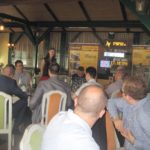 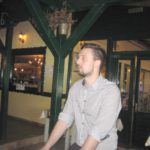 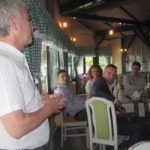 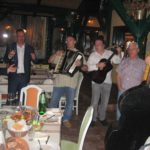