The largest regional conference of railway industry was recently held in Zagreb, organized by the Business Support Network (BSN), Railway Cluster for Southeastern Europe (RCSEE), Croatian Chamber of Economy (HGK) and  Pro Rail Alliance from the Republic of Croatia, with the support of RCSEE member, Altpro Zagreb company, in the HGK premises. The conference was attended by the representatives of several of RCSEE members from Austria, Germany, Italy and Finland.

In the opening speech the numerous guests in the wonderful amphitheater were first addressed by the host, Ms. Tatjana Kesić-Šapić, director of Sector for Industry and IT and Mr. Tomislav Radoš, Vice President of the Croatian Chamber of Economy, Mr. Mladen Perkov on behalf of Altpro Zagreb (instead of Mr. Zvonimir Viduka, who could not attend the conference due to sudden illness), Milan Vučković, RCSEE director, Ante Klečina, Chief Coordinator of Pro Rail Alliance, Mario Antonić, State Secretary of the Minstry of Economy, Entrepreneurship and Crafts in the Government of the Republic of Croatia and Marko Jurčić, advisor for economy of the President of the Republic of Croatia.

In his opening speech, Milan Vučković, RCSEE director, particularly stressed that “the events such as this is what the Cluster wants in its efforts to intensify the cooperation in our sector, but also to build a closer cooperation with national railways, their revitalization, introduction of new technologies and professionalization of its management, which would enable our sector to open new workplaces in the region”. He invited companies and institutions from Croatia to join the Cluster and participate as the exhibitors and visitors on the upcoming fair “SEE Mobility 2017” on 26th and 27th of April in Belgrade. He also mentioned that the cooperation of the companies from our region with the largest markets of the EU should and must run in both directions, and not only one.

After the introduction, the expert panel discussion followed on the topic “Importance of railways for the manufacturing industry of the region”, in which the participants were Mario Antonić, Snježana Josipović, head of the Sector of railway transport of Ministry of Sea, Transport and Infrastructure of the Republic of Croatia, Janja Groš, Director of Business area Development and investment planning of Croatian Railway Infrastructure, Makso Đukić, President of the Forum of Employers of Serbia, Branislav Đurica, Assistant to the Director General of the Railways of Republic of Srpska, Dragoljub Rajić, Coordinator of RCSEE and Mladen Perkov, member of directorate of the Altpro Zagreb company. The panel was moderated by Ms. Tatjana Kesić-Šapić from HGK.

After the panel the guests moved to another room in which a total of 180 B2B meetings were organized, which was one of the main reasons why the most of the guests from the region and abroad came to Zagreb.

All things considered, this was an excellent large event that showed a desire and need for networking of the companies in this form to be organized in the future in our region. These meetings in our branch showed a large unused potential in the expansion of regional economic cooperation.

It would be nice if this fact was understood by the officials of the Government of Serbia and the Serbian Railways, who, despite the number of timely invitations by all the co-organizers of this conference from Serbia and Croatia, chose not to attend the meeting in Zagreb. 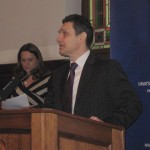 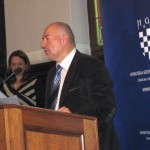 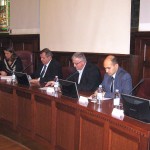 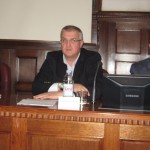 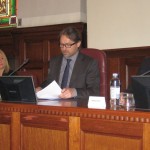 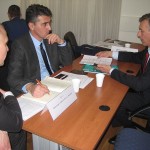 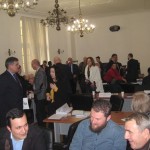 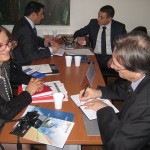 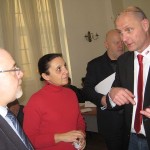 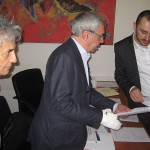 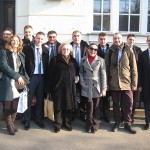 Part of the RCSEE delegation arriving from Serbia