On September 20th to 22nd, Milan Vučković and Dragoljub Rajić, together with six engineers of Transport Institute CIP, also members of RCSEE, visited an international fair Innotrans in Berlin.

On the second day of fair, Cluster representatives presented their activities to a number of exhibitors. On the same evening, RCSEE organized an informative presentation of Amaronia Rail ltd representative, Mr. Samuel Krueger, for several of its members on the possibilities of entrance to the markets of Brazil and South America, as well as Northern Europe.

RCSEE will continue with different forms of promotional activities for the Cluster, with the aim of generating new members. 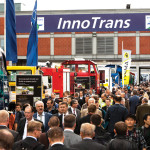 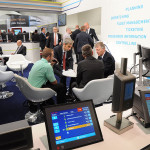