On June 16th, 2016, a first large meeting of members and friends of Railway Cluster of Southeast Europe (RCSEE) was held in Belgrade hotel Envoy.

As a part of the meeting, a mini-exhibition was first held on the topic “Railways in our region”, whose authors were 14 children from the pre-school education institution “Čupko“ from Belgrade.

“Our children reacted very positively when they received this creative topic for painting, despite the fact that many of them still haven’t made their first experience in train travel”, said the Director of the pre-school education institution “Čupko“, Snežana Dimitrijević-Rokič, expressing her hope that children from throughout the region will be able to travel like in the past, in comfortable and modern trains.

After that came the large debate on the Roundtable “Can new governments in Zagreb and Belgrade give new impulse to the development of railways in the South-eastern Europe region?”. Their views on the topic were exchanged by Dušan Korunoski from Ministry of Economy of Serbia, Tatjana Kesić Šapić from the Chamber of Commerce of Croatia, as well as the members of the Cluster Presidency: Zvonimir Viduka from Altpro company from Zagreb, Vlado Pavlović from Siemens d.o.o. company from Belgrade and Volker Drenkhahn from AEbt GmbH company from Nurnberg. The discussion was moderated by Cluster Director, Milan Vučković.

The topic of the roundtable also attracted a number of media representatives from the region.

After a dynamic discussion, a cocktail was organized for all the guests, which led to the continuation of the discussion and socializing, but also provided an opportunity for Cluster members and friends to get to know each other better and exchange practical information 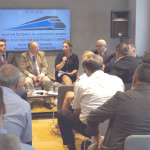 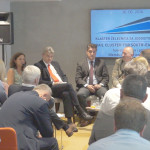 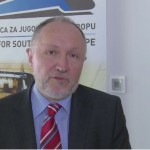 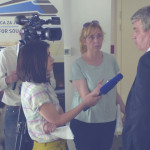 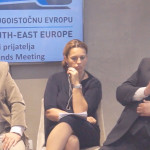 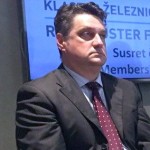 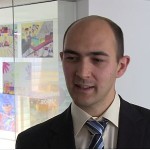 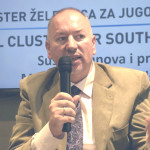 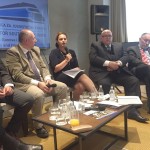 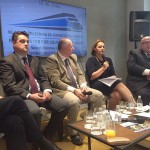 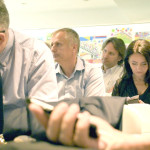 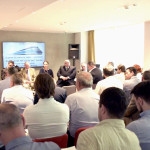 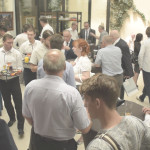